‘It is an honour and a privilege’

Just as how in the miraculous world of Marten Toonder, spiritual farther of Tom Poes and Olie B. Bommel, has bosses and upper-bosses, GHD Ubbo Emmius has its members and honorary members. The second group have, according to the statutes, ’the same rights as members, however are relinquished from all duties’. Simply put, this entails that they do not have to pay membership fees, whilst still being able to cast a vote at meetings and access to a free almanac. All honorary members of Ubbo Emmius were drafted based on their respective services. However, who were these honorable men and women actually? In short:

Whilst not an honorary member, in the founding years, professor Gosses carried out quite an important task; he was guardian of the organization. He followed in the footsteps of Johan Huizinga as professor in General and Dutch history at the University of Groningen. The Frisian was one of the last students to receive instruction from Robert Fruin, the founding father of the study of history in the Netherlands. He specialized predominantly in the history of law and of Friesland. Gosses, unlike his predecessor, was quite reserved and by no means a confident public speaker. Based on accounts by those close to him, he was however, a soft-spoken man whom placed family life above all. The sudden death of his wife in 1937 affected him deeply, with the eventual result of himself falling sick. In 1939, he concluded that it would be best if he retired. As such, he was granted emeritus status by the university. 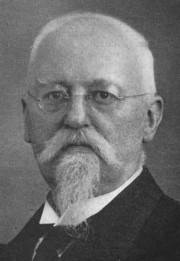 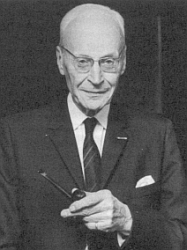 The first real honorary member of GHD Ubbo Emmius was Squire Pieter Jan van Winter. Following in the footsteps of Gosses, he was appointed his position in 1939 in Groningen. This was preceded by the tumultuous elections for professorship at the University of Amsterdam, which he ended up ceding to the Marxist historian Jan Romein. Groningen was by no means new, however for Van Winter as he had lived there from 1919 to 1923, when working on his doctoral research on merchants in Amsterdam during the American Revolution. Johnna Maria van Winter, his daughter from a second marriage, decided to follow in her father’s footsteps and study history. Her room in house Van Winter played a major role as meeting place for Ubbo Emmius. Professor Van Winter regularly attended these meetings and eventually took it upon himself to take the students to Amsterdam. Whilst his literature exams were renowned for lasting a full day, the effort he invested in the students and the organization led to him, in 1946, being elected as the first honorary member of Ubbo Emmius.

Professor Jongkees was the driving force behind the organizations excursions abroad. Because of his strong interest in the middle ages, he decided upon studying at the University of Utrecht, where Professor O. Oppermann put it on the map. When moving to Groningen in 1946, Jongkees not only brought with him extensive knowledge on medieval Burgundy, but also a healthy appetite for beer and wine. Initially appointed as lecturer on medieval history, he was promoted to professorship in 1955. A year later, he was anointed honorary member because of his extensive input in organizing excursions abroad. 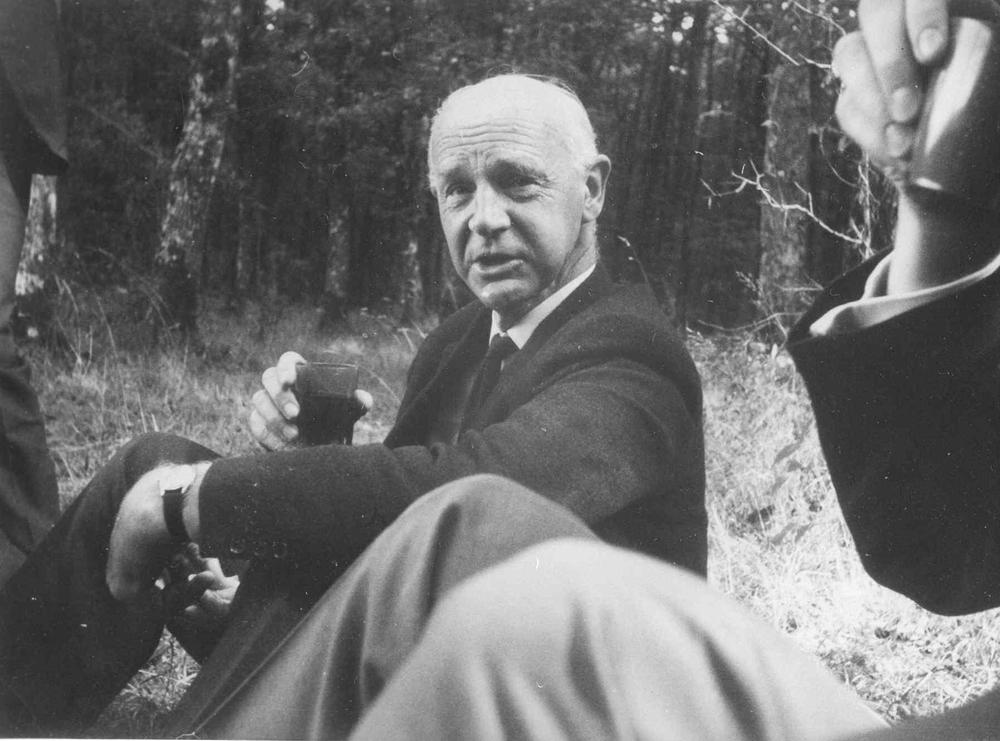 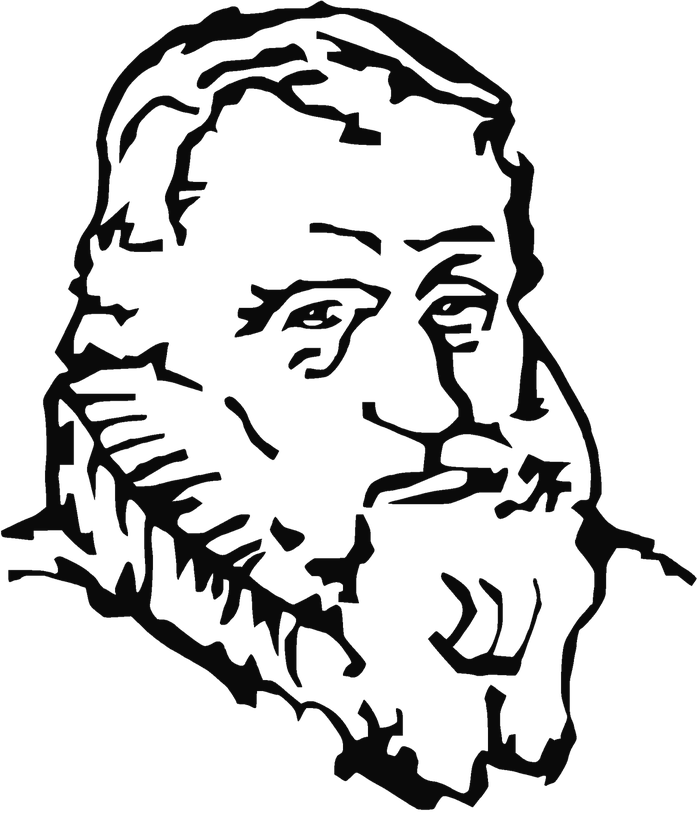 There is no photo available of Prof. dr. René Louis

The French professor in medieval literature René Louis was good friends with professor Jongkees and assisted with the organisation of two Ubbo-excursions to Auxerre in 1959 and 1961. As a thank you gift, he was granted honorary membership, becoming the only foreigner to hold this title. René Louis was specialised primarily in Chansons de Geste, in other words, tales focusing specifically on medieval French knights. His ‘spectacularly beautiful daughter’ was equally impressive however, to many an Ubbo member.

Following the celebration of the 27-year existence of Ubbo Emmius, the honor fell upon the shoulders of professor C.E. Visser. Elizabeth Visser was appointed as professor of Ancient History in 1947; this meant that she had become the first female history professor in the Netherlands. She specialized primarily in Ancient Greece and the study of papyrus based texts. Yet, after being appointed as professor, she was left with little time to focus on her research. This did not prevent her becoming quite well known however, with as a result her becoming known as the Mater et Regina of the institute of history. Something else that was dear to her was the role and position of women in the academic setting. These feelings were quite strong and had been present quite some time before the reinvigoration that feminism experienced in the 70’s. As such, Professor Visser was very proud of her appointment as honorary member as proof of her educational capabilities, rather than the one-sided viewpoint on scientific production. 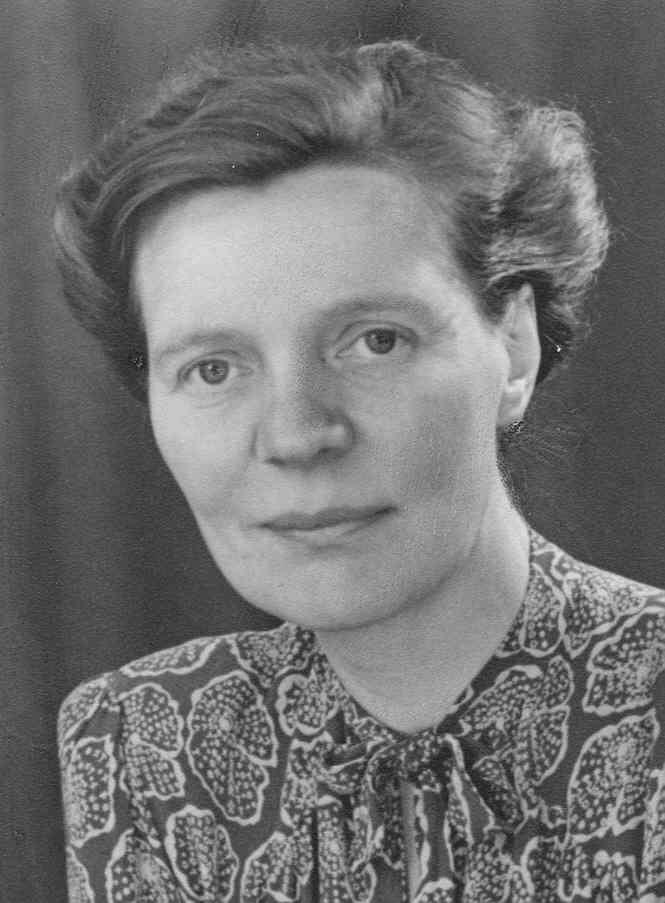 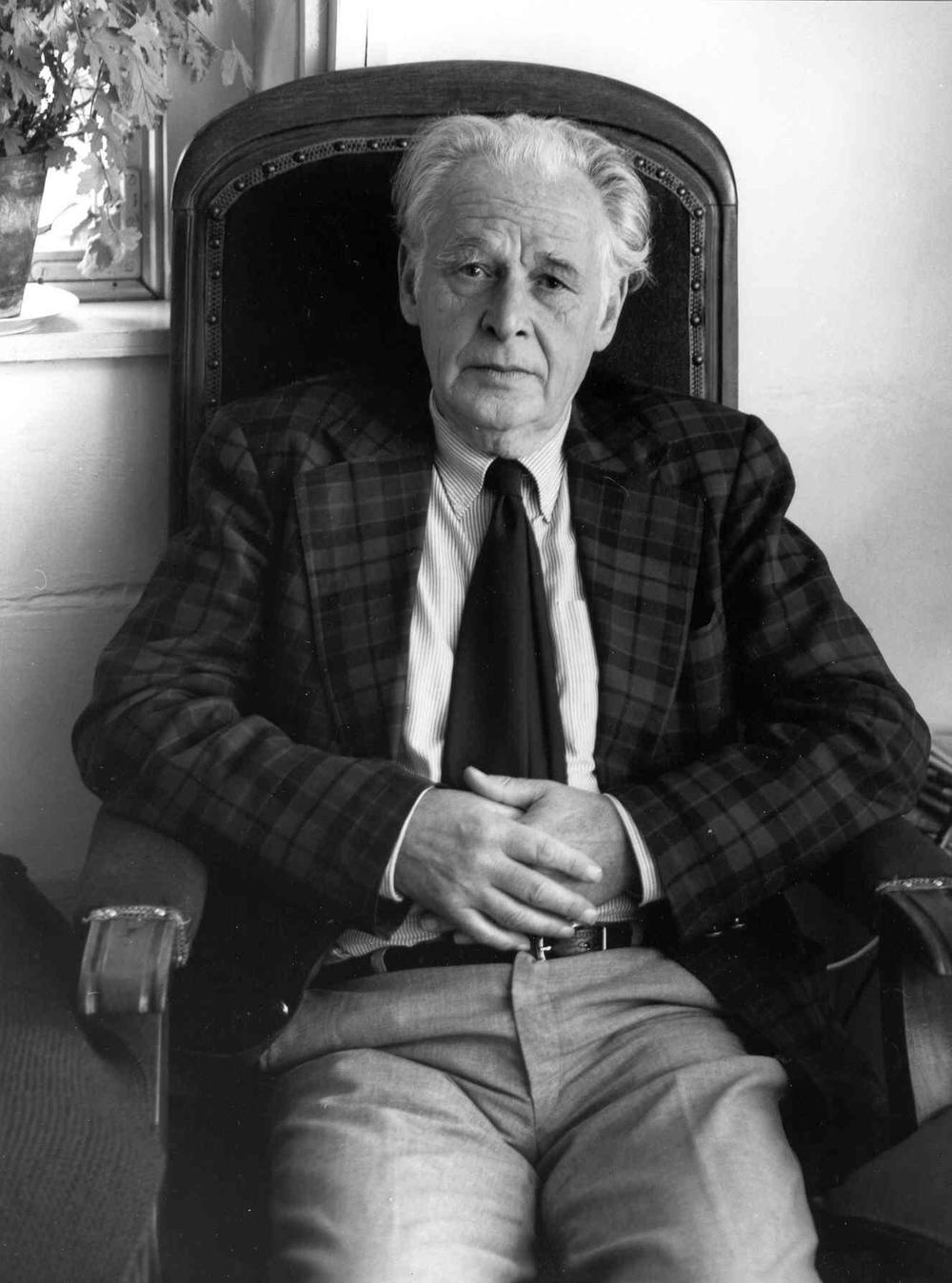 Born in the Frisian Akkerwoude, Edzo Waterbold studied history at the University of Groningen from 1935 to 1941. During the war, he deemed it necessary to go into hiding and stayed with an old-study friend B.H. Slicher van Bath, who would later become a famed economic historian. Throughout his stay, Waterbolk layed the basis for his draft on the Frisian historiography in the sixteenth and seventeenth century. After holding the function of history teacher in Drenthe, he returned to Groningen in 1959 together with M.G. Buist and J. Heringa, to set up a university history course aimed at students with a high school education (MO’ers). Up until that point in time, the university was only accessible to people who had completed high school at a gymnasium and had studied Latin.

After Professor Van Winter assumed emeritus status in 1965, Waterbolk took up, together with E.H. Kossmann, professorship. He specialized in the intellectual history of the humanists based in the northern territories during the renaissance and early modern period. Waterbolk eventually assumed the position of the first rector magnificus of the University of Groningen. With his support, GHD Ubbo Emmius could set up an exhibition on the life of Ubbo Emmius, in the University museum, in celebration of its 40-year existence. As a thank you gift, professor Waterbolk was named honorary member.

Apart from the fact that Abele was the janitor of the Institute on the Rozenstraat, little is known about this honorary member. He was probably appointed in the tumultuous 60s or 70s. No documents from this period have been preserved in the Ubbo-archives.

There is no photo available of Abele Aiko Akkerman

There is no photo available of Tiny Bootsma

Tiny was made an honorary member of GHD Ubbo Emmius on the HVV of 1982. For years she had been the coffee mistress of the Institute at the Rozenstraat, where Ubbo regularly borrowed Tiny's canteen to organise get-togethers. Tiny was always there as well and expected something in return. The annual report of 1986 mentions the so-called "Tiny-affair": she wanted two bottles of Jonge Jenever (or "Zwarte Kip with whipped cream") instead of one. An alumnus later said admiringly that she was "straight to the point". Nevertheless, she was a beloved person in the association and Ubbo played an important role in her farewell party in 1987. She received a nice collection of photos, a free round of drinks and there were "skits and stuff."

Since the 70’s, the title of honorary member has been growing increasingly distant from the academic world. Clear-cut examples of this process are the inclusion of Tiny Bootsma (cafeteria employee) and Abele Aiko Akkerman (janitor). It took a couple more decades until 2006 when someone was once more granted the title of honorary member. For the first time this honour fell in the lap of a former member of the study association, Sible Harmsma. As chair, he managed, in the 80’s, to rescue Ubbo from its increasingly precarious state and restore it to its former glory.

Sible Harmsma was secretary of Ubbo in '84-'85, chair in the following year and was finally appointed an honorary member during the lustrum of 2007. That was not without reason. In 1984 the board decided to close Ubbo for "at least one year". The board added the following: "we don't want to discourage a possible new board in advance, but the situation is not rosy. We wish good luck to anyone who wants to try." Those persons were the self-appointed 'rescue board' of '84-'85. Sibles' board set up a book fund that got the club back on track financially. In order to guarantee continuity, Sible himself became chair the following year and extended the book fund. There was also a lustrum (Sible himself was chair of the lustrum committee) and a trip to Budapest was organised. When he stepped down Sible said he saw "more 'life' in Ubbo now" and saw the future much more optimistic than two years before. 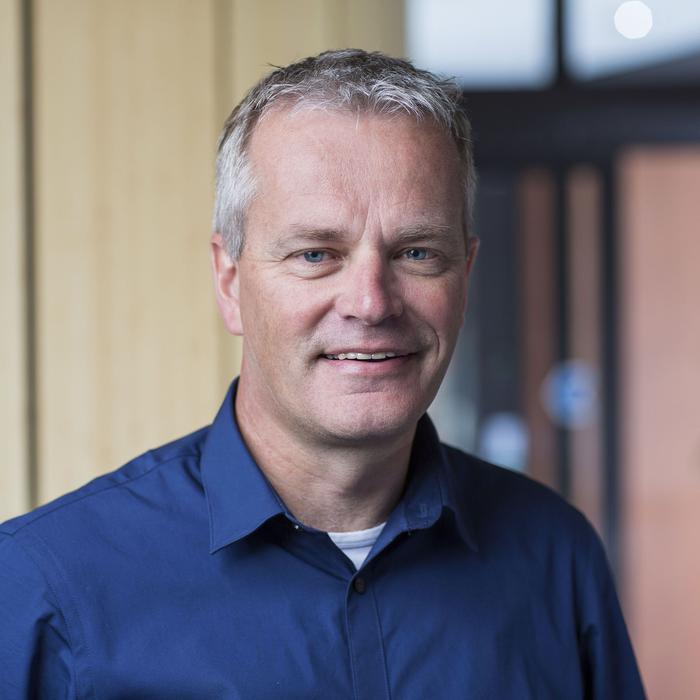 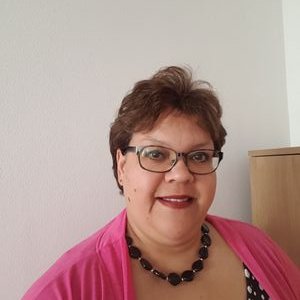 Charlene Croes
In 2008 the honor was granted to a faculty member. Charlene assisted GHD Ubbo Emmius for years with matters such as promotional work.

In 2013, prof. Dr. D.F.J. Bosscher was named honorary member. He was an active member from 1966 up until 1974, whom partook in many an organized event. Doeko Bosscher was always a popular teacher at the university and invested heavily in improving relations with the freshmen. For example, he organized the first freshmen play. He has always supported GHD Ubbo Emmius by speaking at lectures and movie nights, as well as introducing ideas that would lead to the formation of new activities. The influence that Doeko Bosscher has had on the organization make him a highly valued and respected. For, as Bosscher believes, the activities outside of lecture halls are just as important for ones development as the lectures themselves. 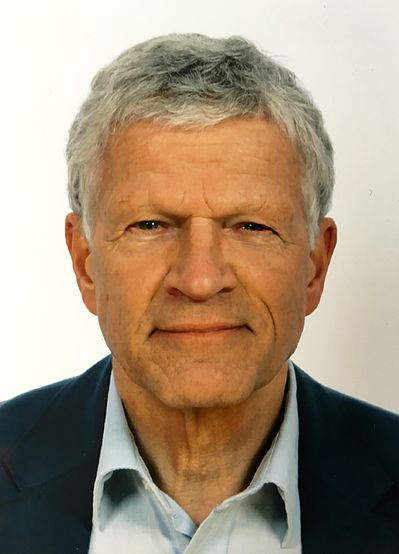 In June 2018, Bob was appointed honorary member. Bob has been a study advisor at the history programme for many years. In this capacity he is the first point of contact for the association’s board. Of course, Bob does many things for the programme through his function, and he does the same for the association. He always goes the extra mile to show Ubbo in a favourable light, because he is convinced that we as an association play a large part in the students successfully finishing their degrees and starting their careers. Moreover, he always has a good time when he is with us. Every year, Bob gathers a group of lecturers to accompany us to Westernieland. He comes up with new ideas, sometimes in a bit of a  chaotic manner, but always with the best in mind for Ubbo.

He also gladly helps with practical matters, and does not mind joining an Ubbo activity or two. For example, he is often one of the most coveted cooks during the Running Dinner, and he donated one of his colourful shirts to the lustrum auction of 2016. Many of the things Bob does for the association remain unseen to its members and are often only visible to the board. As an illustration, he tries to make sure the mentors retain a close relationship with Ubbo by ensuring in the Faculty that Ubbo is allowed to select the student mentors.