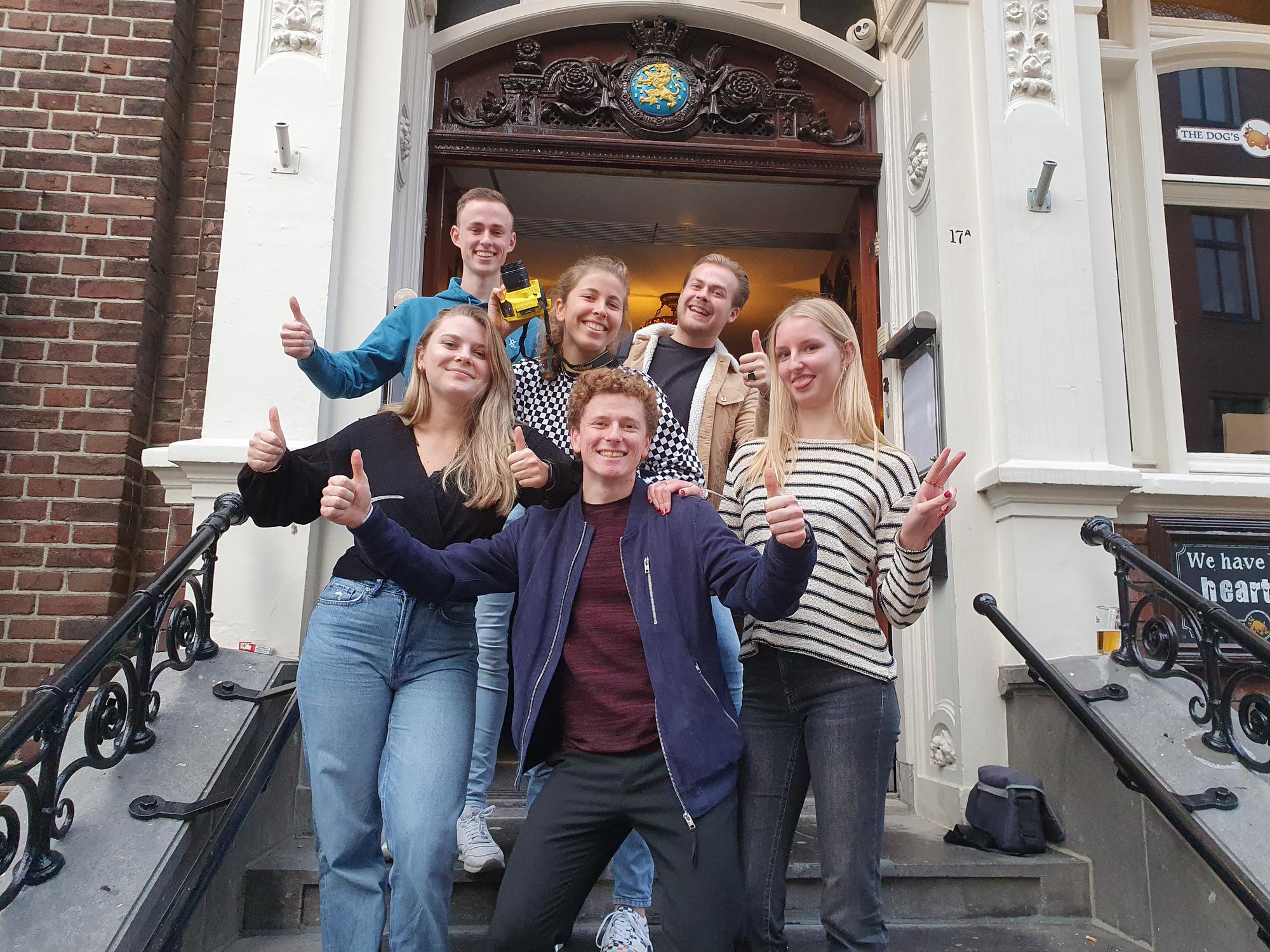 I present to you, the starting line-up for the Media Committee Squad. First, a Point Guard that makes sure the squad operates in the game, while understanding the managers game plan and implementing it on the field, Fieke Overmaat! Second, the center man in the field, and the one that defends our squad by sending the right minutes, while also scoring a great deal with his work on the camera, Alex de Jonge! Third, our small forward of the team, the quickest and leanest of them all with her abilities to transform our budget into its peak form, Eline van Lienden! Fourth on the squad list is the shooting guard, the person that makes her name known across the association and winning our games for us by shooting many great pictures, Lisabeth Woltjer! Last man on the field, the power forward, he pushes the squad to another level with his power of positivity. He excels in his knowledge of experience which makes him a great asset to the team, Jordi Hutten! Last but not least, the manager of this amazing team, the man with the plan, and the person with a precision vision, Jean-Paul Vaarkamp!