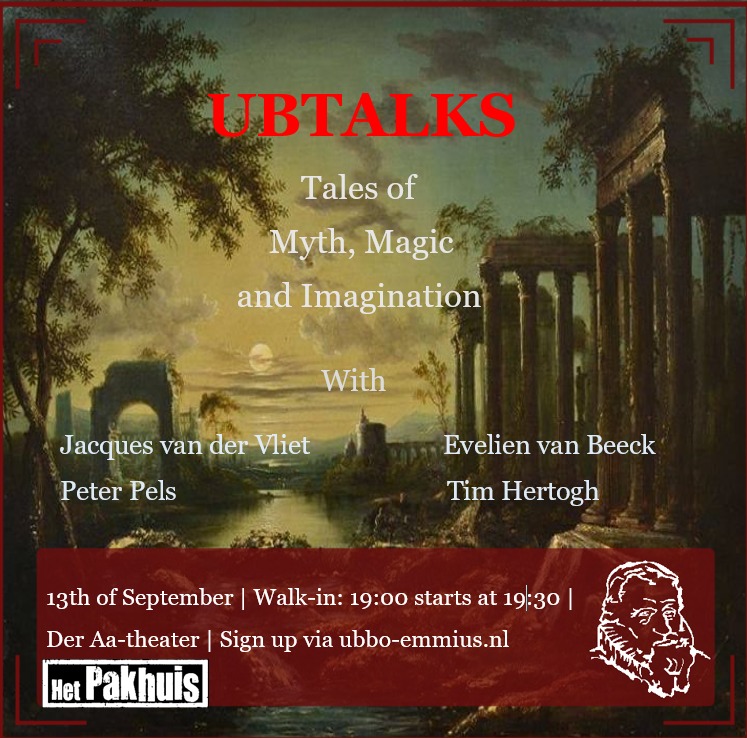 - Professor Jaques van der Vliet, Leiden University: who will talk about the use of myths in (religious) magical rituals in late antiquity and how this shaped early Christian societies and its doctrines.

- Tim Hertogh, Utrecht University: will talk to us about spells and curses in medieval texts and its use in enchanting the world of medieval people.

- Evelien van Beeck, KU Leuven: talks about disenchantment and re-enchantment in the (early) modern period. Additionally the longing of modern, rational people for purpose through re-enchantment.

- Professor Peter Pels, University of Leiden: who will talk about magical thinking in the contemporary capitalist and consumerist world.

We would love to see you there!

Please login to view all participants